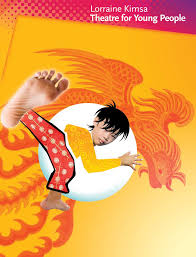 This enthralling fable is a fusion of martial arts, acrobatics, stunning costumes, and contemporary musical theatre. It cleverly weaves the comic antics of traditional Monkey King stories with the powerful tale of a father’s sacrifice to provide for his family.

Sun Wukong is the Monkey King who is torn from his son and exiled to the West after displeasing the formidable Empress Dowager. Forced to work for the mighty Horne in Terminal City, he sets off to make his fortune and to realize his dream of being reunited with his son.

An opulent new musical, The Forbidden Phoenix is loosely based on the experience of Chinese immigrants brought to Canada to work on the railroad in the 1800s, and explores themes of freedom, diversity, family, community and environmentalism. (lktyp.ca)