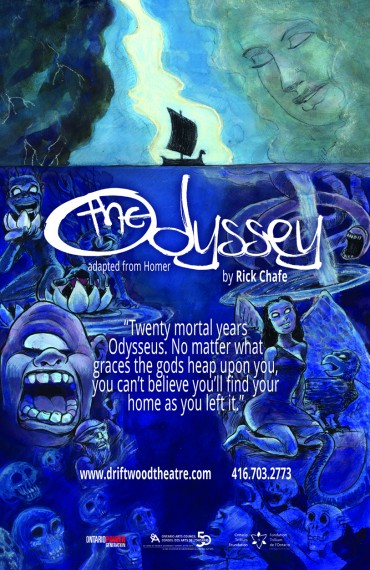 The great general of the Trojan war, Odysseus, has been missing at sea for twenty years. His wife, the Ithacan Queen Penelope, struggles to maintain the safety of her kingdom, her son and herself in the face of an increasingly hostile hoard of suitors. When a stranger arrives offering the fantastical story of her missing husband, does she dare hope that he might still be alive? This summer, Driftwood Theatre takes you on the greatest journey of love, adventure and the search for home ever told: The Odyssey. (driftwoodtheatre.com)