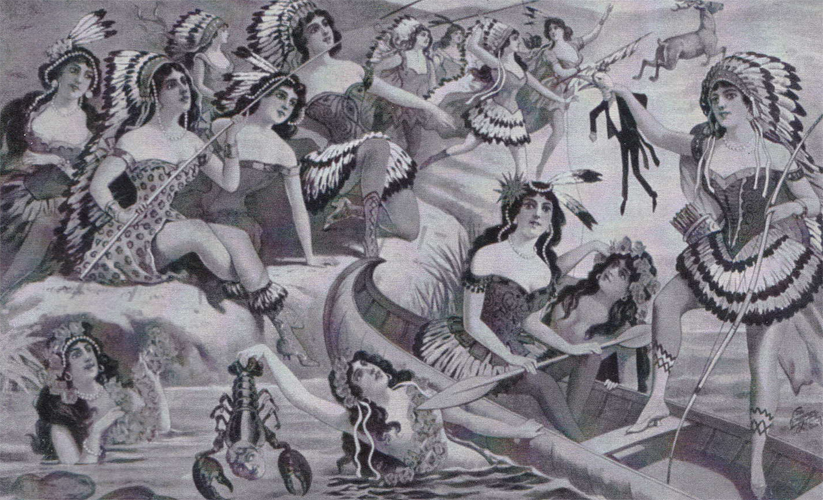 With raucous humour and ferocious truth, The Only Good Indian… highlights Aboriginal performers’ struggle to be seen as more than just stereotypes. Spanning a time frame of over a century, this hilariously entertaining as well as chillingly serious work delves back to the Wild West Shows of the 1880′s through the silent film and vaudeville eras, the old Hollywood star system and up to the contemporary experiences of Aboriginal artists in the 21st century. From opera singers to concert violinists, from burlesque dancers to silent film stars, from filmmakers to songwriters; who knew there were so many that came before? In fact, traditional Native music formed the bedrock and inspiration of a new American music widely performed during the first half of the twentieth century. The Europeanization of this music was called Indianist music, and it was used predominantly in silent films and westerns. (artword.net)