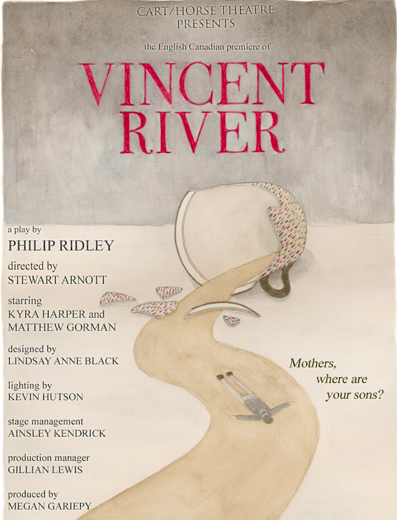 Set in the East End of London, Vincent River is an unforgiving, lyrical and hysterical drama about a bereaved mother and the tormented young man who crashes into her life. In the aftermath of a hate crime, Anita and Davey  search for the answer to the simplest and most impossible of questions: Why? Gripping, brutal and darkly hilarious, Vincent River explores the classic themes of the power of narrative, loss, the repression of sexual identity, bigotry and prejudice and the family as a destructive force with fierce honesty. (49st.com)