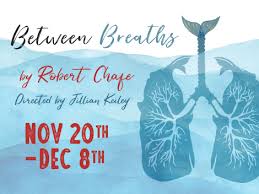 Inspired by the true story of Jon Lien – known as the Whale Man – Between Breaths is a profoundly emotional memory play that sails through Lien’s life and the dangerous, death-defying work of saving whales trapped in fishing nets off Newfoundland’s coast. Over his long career, Lien saved over 500 whales and earned the respect of the island’s fishermen, but his biggest fight came at the end of his life as dementia progressively conquered his body and mind. Featuring an evocative live score by Newfoundland’s Juno-nominated The Once, Between Breaths is a beautiful and poignant play about the parts of ourselves we hold on to after everything else is gone. (factorytheatre.ca)