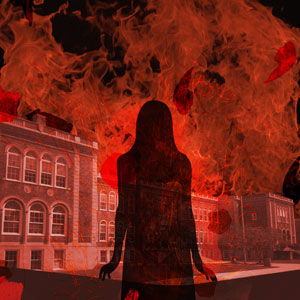 Tormented at school by the ‘cool’ kids and smothered at home by her religious zealot mother, Carrie is a true outcast. She’s had enough and now she has her own way to get back at them …Based on Stephen King’s bestselling novel, Carrie: the musical shows us just what happens when bullies push too far. (harthouse.ca)