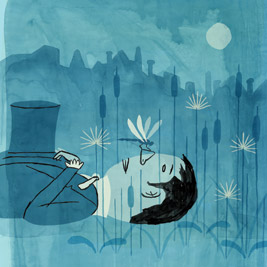 One of English literature’s greatest coming-of-age stories, Great Expectations follows the orphaned but resourceful Pip, who grows from a blacksmith’s apprentice into a London gentleman, always attempting to live up to the expectations of the beautiful but scornful Estella, the haunted, spurned Miss Havisham, and his mysterious, shadowy benefactor. (summerworks.ca)