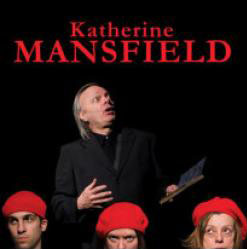 The Daughters of the Late Colonel lived life as if in a tunnel and realized too late that life might have been different. In Prelude,Lottie, Kezia, Pip and Raggs go to see how the “Kings of Ireland” cut off the head of a duck. Carnation: Katie fantasizes about the workman just outside of the classroom window while Mister Hugo reads a little French poetry. Finally, in Six Years After, as the little steamer pushes forward through the desolate rain and cold, a woman cannot forget that her son is dead and there is nothing she can do for him. (theatresmithgilmour.com)