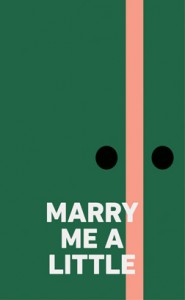 We meet a young couple in Brooklyn on the other side of a major life decision. Their love for each other is unquestionable but are they both ready for the commitments that love asks? This emotional New York hit filled with Sondheim rarities takes audiences on a roller-coaster ride through love in all its guises as Man and Woman each share their secret dreams and longings. (tarragontheatre.com)