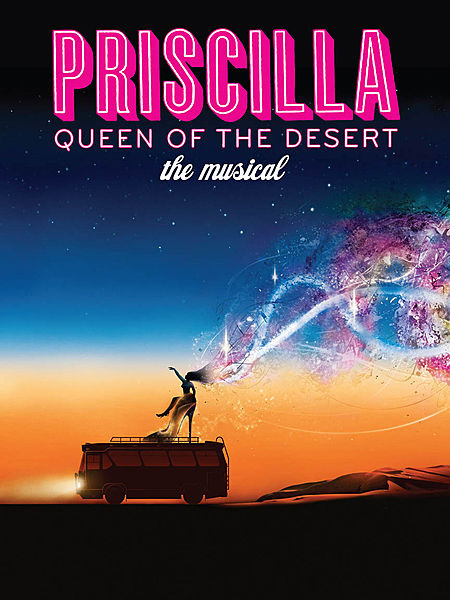 Priscilla, Queen of the Desert is a musical with a book by Australian film director-writer Stephan Elliott and Allan Scott, using well-known pop songs as its score. Adapted from Elliott’s 1994 film The Adventures of Priscilla, Queen of the Desert, the musical tells the story of two drag queens and a transgender woman, who contract to perform a drag show at a resort in Alice Springs, a resort town in the remote Australian desert. As they head west from Sydney aboard their lavender bus, Priscilla, the three friends come to the forefront of a comedy of errors, encountering a number of strange characters, as well as incidents of homophobia, while widening comfort zones and finding new horizons. (wikipedia.org)