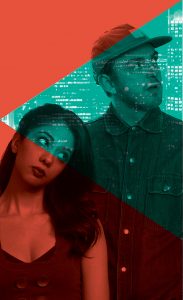 Moxy is married and seething, fed up with the constraints of domesticity, and longing for some action. Meanwhile, her long-suffering husband Johnny has decided that enough is enough and contemplates having an affair with Faith, a secret admirer. Add to the mix a vain YouTube Star, his Québécois cousin, a lesbian party girl, a PhD student and a music blogger and the stage is set for a raucous exploration of the social posing, sexual frankness and emotional minefield of the Millennial generation. (tarragontheatre.com)