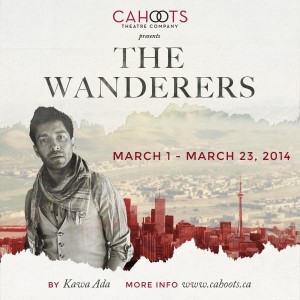 A father and son escape the horrors of war in Afghanistan, only to be haunted by a mysterious presence that awakens the forces of devastation they thought they had left behind. In The Wanderers, Kawa Ada offers a rare Afghan-Canadian perspective on how the war in his homeland continues to ravage even those who now call Canada home. (buddiesinbadtimes.com)