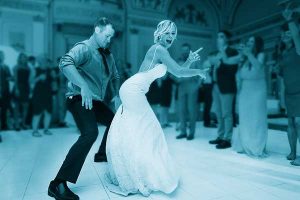 A new comedy about two families, a wedding, mistaken identities, and love, love, love! With their latest creation, The Wedding Party, they invite the audience to take a seat ringside on the big day, while an astonishing cast of the country’s leading actors hit the dance floor, drink too much, and try to get along. (crowstheatre.com)