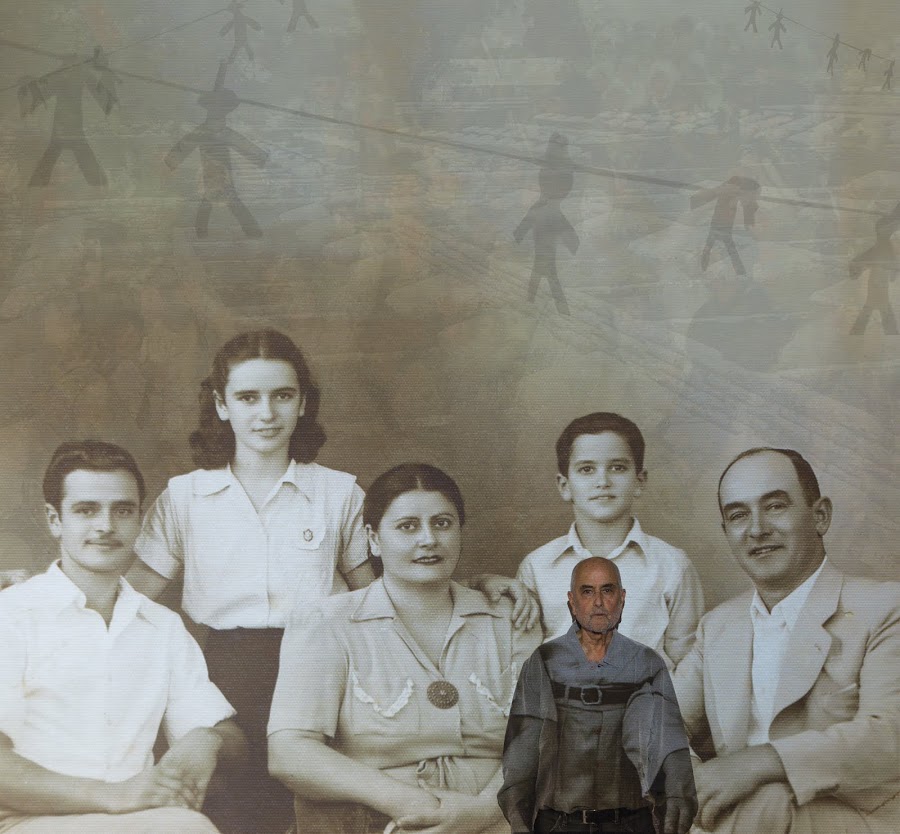 They Say He Fell is a memory play based on based on Nir Barekets recollections of his experience surrounding the death of his elder brother during the repartition of British Palestine.
Narrated by the present day character, Nir (aged sixty-eight), guides the audience through a meditation of mourning in his attempts to reconcile the realities of past events.  (artsboxoffice.ca)