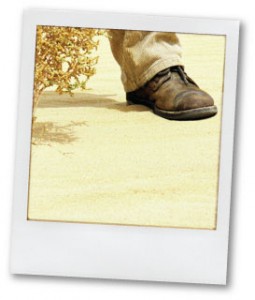 After a harrowing night on the beat, veteran detective Vincent and his rookie partner Edward find themselves holed up in a dank New York City precinct with a baffling suspect – a foreigner named Godot. Godot had the misfortune to stumble upon a secret meeting between the crooked Vincent and his elusive contact, Jimmy Nicknam es, in a dark and lonely alley. It was a serious misstep on his part, and Vincent – always the type of guy to look out for number one – makes no bones about the fact that si nce Godot saw some thing he shouldn’t have seen, he will have to be eliminated: (Tarragon Theatre Study Guide)