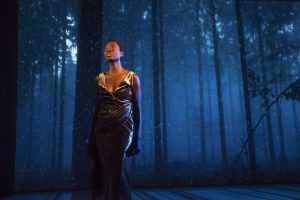 Century Song is a live performance hybrid. Inspired in part by Virginia Woolf’s Orlando and Alice Walker’s In Search of Our Mother’s Gardens, Bickersteth seamlessly melds classical song and movement to inhabit a century of women whose identities are contained within a single performer. This exquisitely unique show features music by some of the past 100 years’ most adventurous composers, as well as projections by Germany’s fettFilm – extraordinary visuals that bring alive major art movements of the 20th century. Both whimsical and riveting, Century Song is a wordless chronicle of the age, built from art. (nightwoodtheatre.net)