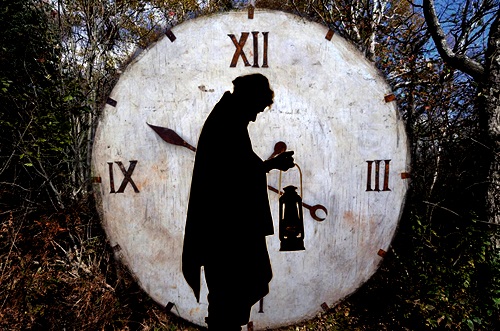 Prepare to enter a magical realm where nothing is quite as it seems. A seaside town on the edge of time. A dream that never ends. A giant clock. An old man. A whale.

This audience-immersive spectacle employs film, performance, live music, shadow puppetry and dance to take you on an enchanted journey through the depths of the ocean into the vivid and wild world of the afterlife.

Emerging from the imaginations of Dora-nominated theatre designer Sean Frey and multimedia artist Amy Siegel, The Water Thief is a haunting fable set in an abandoned East Coast town.