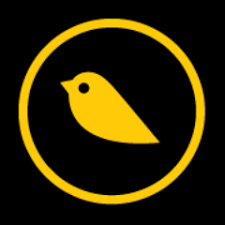 The critically acclaimed and award-winning Coal Mine Theatre, Toronto’s Off-Off Broadview Theatre, is founded by Chief Engineers Diana Bentley and Ted Dykstra. Five seasons of sold out shows (all Toronto premieres of highly challenging award winning scripts from around the world) have made The Coal Mine one of the most talked about and successful independent Toronto theatres ever. With only 80 seats a night, The Coal Mine is inspired by the intimacy and excitement of the Off-Off-Broadway experience: well known names routinely share the stage with up-and-comers in what has been a thrilling mix, garnering numerous Dora and Toronto Critics’ awards every season. And the intoxicating melange doesn’t stop with the actors: a slew of design and directorial award wins and nominations mean that Coal Mine Audiences are experiencing, year in, year out, the highest caliber productions the city has to offer, a veritable theatre jewel in The East End. (coalminetheatre.com)

Produced by The Coal Mine Theatre

Presented by The Coal Mine Theatre