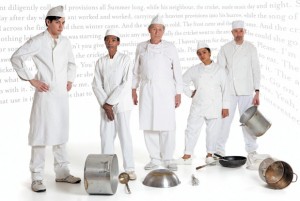 The diners at the bustling Golden Dragon restaurant sit savouring their meals, while the kitchen staff rally to hide a young illegal immigrant who is desperately searching for his lost sister. Little does he know the key to her disappearance might be only a few tables away. (tarragontheatre.com)