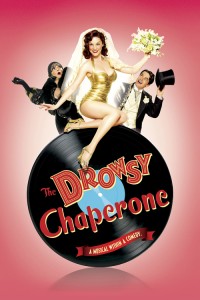 The Drowsy Chaperone concerns a reclusive, ardent musical theatre fan named Man in Chair, who introduces us to his fave show, a 1928 treat called The Drowsy Chaperone. When he plays the scratchy cast album, the musical comes to life around him in his shabby studio apartment. (playbill.com)