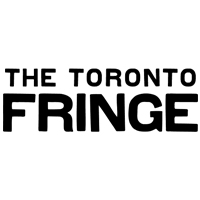 The Toronto Fringe Festival is Toronto’s largest theatre and performance festival. 155+ productions are featured at 25+ venues across the west end of Toronto, drawing more than 90,000 people over 12 days each year. There’s something for everyone, with musicals, comedies, family programming, drama, dance, improv and anything else you can imagine on offer. Don’t miss the Site Specific productions that take place in unexpected locations like backs of cars or down hidden alleys. The heart of the festival is the Fringe Club at Honest Ed’s (581 Bloor St. West) which includes the Visual Fringe’s eight living gallery spaces and all kinds of free forums, discussions and late night cabaret performances.Since 1989, the Fringe has showcased over 2300 independent theatre productions, returned nearly $5,000,000 back to participating artists, and provided thousands of artists with a launch pad for their careers. Like all Fringes in Canada, The Toronto Fringe abides by four rules, as dictated by the Canadian Association of Fringe Festivals (CAFF):